“I might not win as many awards these days and that Gold medal may be nothing more than a distant memory cluttering a drawer of forgotten aspiration, but at least I know that somewhere, a modeller is going to get something from what they see from my hands”

I would love to say that I find the building of model kits difficult, but I don’t. I’d like to say that the application of paint finishes fills me with trepidation, but it doesn’t. I’d like to say that that every project that I embark on leaves me grasping for the confidence and courage to even open the box, but I can’t. None of these things affect me day to day. I do what I do, create what I can and in the main, the models that I build look okay and do the job that they are designed to do: entertain our readers and hopefully give them the tools that they need to have a go at building something similar for themselves.

In this regard, I see myself as a bang average modeller, nothing more, nothing less. Day to day I do what virtually every other modeller sets out to do: build model kits and enjoy the ride to completion and display. It is simple and straightforward and I wouldn’t have it any other way.

Except in the past it has been. And for me, that was a terribly destructive period of my life that I don’t really want to return to.

Five or six years ago I decided after having one too many drinks in my local pub, that I would win a Gold Medal at Euro Militaire – not wanted to, would. It came out of the blue and was just something I desired, needed, had to do. Now for those that understand these things, that’s a big deal. Arguably, the most prestigious competition of its kind anywhere on the planet (or rather it was until it closed down last year), that show and its competition was the White Whale of competitive modelling, the place where all of the world’s best modellers congregated to reveal their last models and compete for the coveted Gold Medals that were so highly prized. So, I drunkenly announced to my wife that I wanted to have one of these and then watched as she glazed over and murmured something along the lines of “well stop talking about it, get on with something new, oh and mine is a gin and tonic, ice and lemon”. Well, that’s how I remember it. It may have been closer to “jeez, here we go again, how many more times do you need to put yourself through this?!” or words to that effect, but in my head, her response was rather more supportive.

So I got cracking, built the best thing I’d ever finished, entered the competition and gained a Commendation. The following year the same, but this time getting a Bronze medal before finally, much like the Prince from Monty Python’s Holy Grail, I built my castle, got the Gold and then watched as my hobby, my enthusiasm and my drive, crashed to the floor.

At the time, I was Editing Military In Scale magazine and so I was supposed to build models each month that inspired others to do the same. Except I wasn’t. I had fallen down a rabbit hole that simply became deeper and darker as I was no longer building for pleasure and the transmission of enthusiasm to our readers, I was building for competition and the affirmation of modellers that I held in high esteem. That Gold medal and the acceptance that I felt came with it, put the brakes on my passion so much, that I didn’t build another thing for the next six months. Every time that I tried to start something I was overwhelmed by the desire for it to be better than ‘The Workshop’ diorama that had achieved such success in Folkestone – and it never was (in fact, to this day I’ve not built anything that’s even come close, not once). And the more I tried, the worse my feelings of failure became. I was no longer doing my job, I was feeding my ego and my modelling came to a complete standstill as a result. I hated myself, building models and that bloody Gold medal.

Since that time I have become acutely aware of my own failings in this regard and so decided that I would never repeat the trick again and though I have competed during the intervening years, the months following each individual competition have always been consciously taken up with returning to the start line and building something easy and straightforward and not allowing my own personal goals to get in the way of my professional responsibility; in essence, remembering that I have a job to do. So last year after building the 1:24 Harrier T.2, I moved on to a couple of out of the box kits that could be built quickly and show the readers what was possible with easy to digest projects that were the polar opposite of the complexity and difficultly exhibited by that involved build.

As an author,I feel a need to satisfy all of our readers and not simply feed a personal lust for greatness (whatever that might mean) by aiming for those that I admire at the expense of those that I simply don’t know. Several years ago I was chatting to a modeller who asked why my models suddenly looked so ordinary and why I no longer built anything worthy of recognition. At first I was a little taken aback by the comment, but then tried to explain that I had a job to do and if I simply worked for my own ends and always tried to up the quality of models that crossed my desk, I would not build enough to pay the bills. I also tried to explain that we as authors have to try and offer modellers of all skill levels something to hold on to and not just those that walked away with trophies week in, week out – it wasn’t all about the competition. Though it’s fabulous to see only the very greatest modellers appear in magazines and online (which I love to do, by the way), you also have to treat the beginners with respect. It’s no good assuming that everyone has 30 years of experience with an airbrush if the core of your audience has not moved on from paint brushes, tube glue and the kitchen table (I force the point for the sake of emphasis…). I see doing that in print or Online, just as unfair as not talking to a less experienced member of this wonderful hobby at a show, simply because one of your pals is standing behind them waiting to show off his latest masterpiece. Everyone deserves our time. 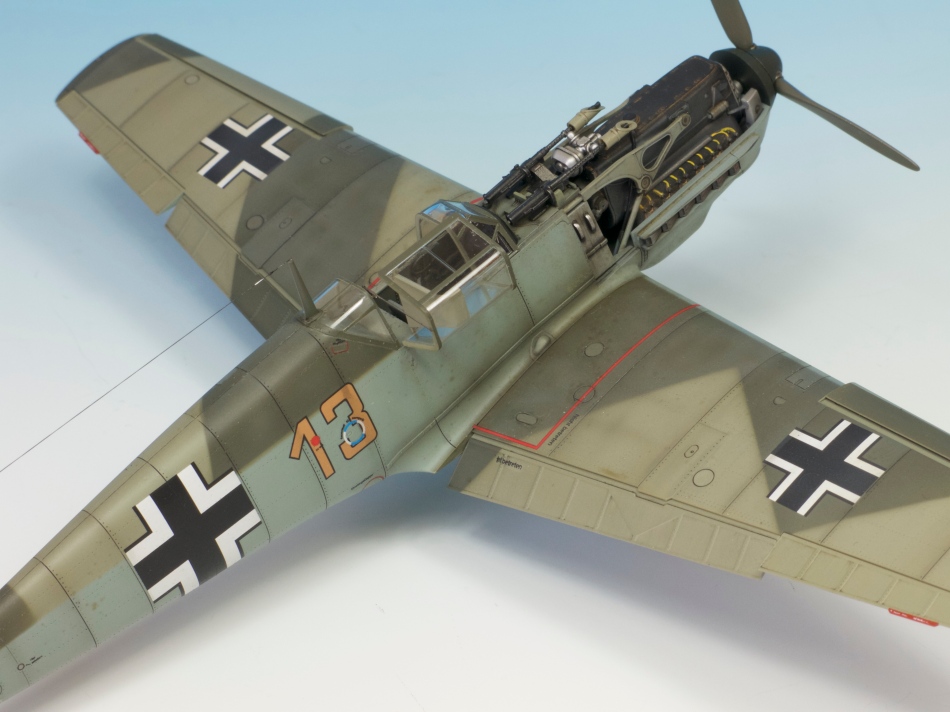 The upshot of all of this is that now I spend more of my time aiming for simplicity, than I do for sophistication. Of course I like to indulge in a little complexity once in a while, if only for my own amusement, but always the question has to be asked “what can the less experienced get from this build”. If the answer to that is nothing or very little, then I have failed in my primary aim of being all-encompassing as both an author and modelmaker. I might not win as many awards these days and that Gold medal may be nothing more than a distant memory cluttering a drawer of forgotten aspiration, but at least I know that somewhere, a modeller is going to get something from what they see from my hands – even if for others, it’s no more than a wry smile and the idea that I’m not quite as good as I used to be…

8 comments on “YES, BUT WHAT ABOUT THE BEGINNERS?”