“I had let my own foolish determination to push the limits of my skills, get in the way of what I really wanted to do: build models. I was no longer building for me, I was building for others – and no-one was paying me for the privilege” 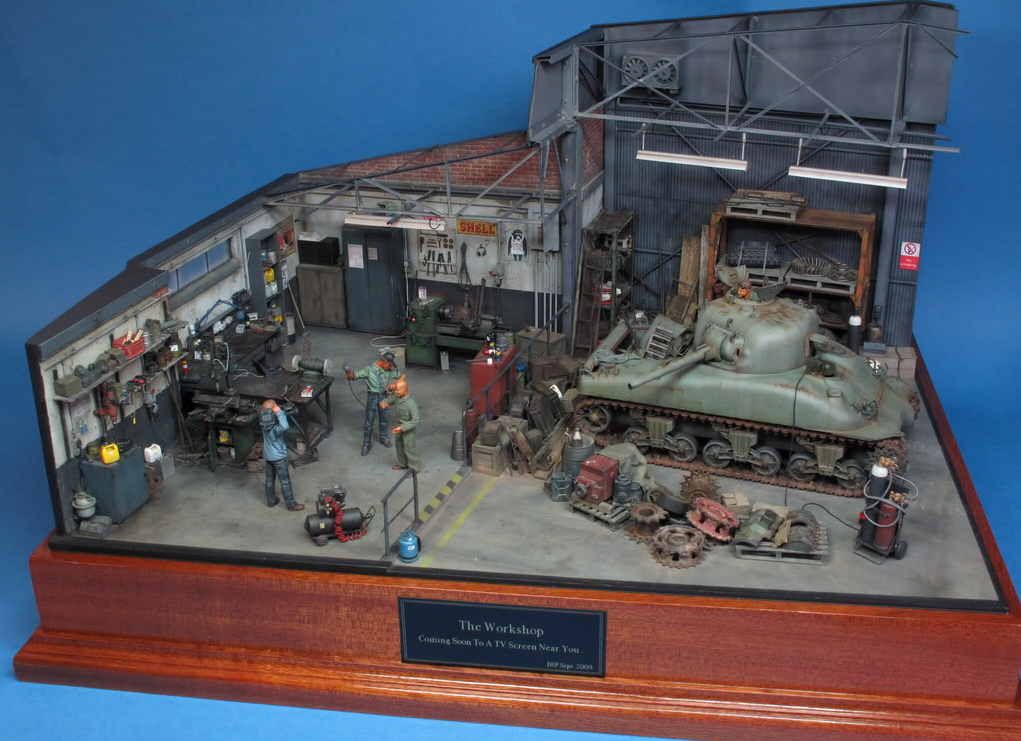 The following is dedicated by my wife, who has put up with my emotional breakdowns, for far longer than any one person should rightfully endure!

It would not surprise me one iota if the consensus of opinion amongst those that know me personally and those that only ever see me talking nonsense on YouTube, or writing incoherently on here, is that I’m confident and everything that I attempt, runs on rails. Well, you couldn’t be further from the truth. The fact of the matter is that much like everyone else, I’m racked with self-doubt, driven by an insatiable desire to please and often find myself grinding to a complete standstill if even the slightest problems arise with anything that I build or write.

Now, that all sounds like I’m just an attention seeker, a modeller who wants nothing but praise and if I don’t get it, then I can’t function properly. No. This has nothing to do with anyone else, this is about a personal drive to self-imposed, often impossible, levels of ‘excellence’, that can get in the way of actually enjoying the ride. I spend so much time focussing on what the completed project will look like, I lose sight of the path that takes it to completion. I question my methods, I debate endlessly with myself whether or not a model is any good (actually having conversations in my head – make of that what you will!) and then once it’s complete, if modellers for whom it’s built (being a journalist, all of my models are built for others to look at) will be able to use it to build their own kits and find something, anything, to inspire.

It should be fun, but sometimes, it’s anything but.

This insecurity often manifests itself around model shows, especially those global gatherings that up until a few years ago I would attend regularly. My wife will tell you that like clockwork, I would travel to the event and then phone up on the Friday night to announce that I wanted to come home, that I didn’t know why I’d bothered to attend and that I would rather be anywhere else. It happened at every single event I attended. It still does. The problem was one of confidence and the feeling that no matter what I built, it was never really good enough. For several years now, I’ve avoided these big shows, feeling that it was better to centre my brain and try if possible to reduce the levels of self burden, so that if I did go once more, the trips would be a positive experience rather than the angst-fest that they often turned into. What that has done is exacerbate the problem, absence fuelling insecurity, insecurity fuelling a feeling that where I once belonged, I am now forgotten. It’s pathetic and says more about my psych, then it ever does about my friends and peers.

Part of the problem for me was the need to compete. From the age of 15 up until 25 I competed almost weekly, choosing to build models that I felt would gain the most recognition on the competition tables, that feeling of accomplishment from winning a first place award, validating my work and decision to choose subjects that were often not personal, but part of ‘the game’. Many of these victories were hollow, winners medals in competitions with only a handful of entrants being just as important as those with dozens of competitors. “Who cares?” I thought, “no one will know how many I competed against, a win is a win”. It was all a load of rubbish.

Manifestly, competition had become the driver to my model making and rather than being an offshoot that would be a bonus, it became the only focus, a pin-sharp beam of light that guided my entire thought process until the model was placed upon the competition table. Eventually I recognised the damage that this was doing and so I quit for the thick end of twenty years, only returning to the fold when I decided that I wanted to compete at Euro Militaire, which I did. That rabbit hole then opened up for the next five years and I fell into it. The more I wanted to compete the deeper it became and the deeper it became, the more I hated what I built and the more that happened, the less I did. Something had to give and it did: I stopped building models for almost a year. I should have left well alone.

What had happened to me is what happens to lots of people; an artificial goal had been set in my mind and once I had achieved it, I then wanted to go one better. A gold medal wasn’t enough, now I wanted two, three – even Best In Show. On the way, I’d created what I considered to be my best ever models and now I had to top each and every one and it will come as no surprise that that proved almost impossible. Desire bred frustration, frustration bred anger, anger bred a complete shutdown in my ability to do anything. I had let my own foolish determination to push the limits of my skills, get in the way of what I really wanted to do: build models. I was no longer building for me, I was building for others – and no-one was paying me for the privilege.

Manifestly, competition had become the driver to my model making and rather than being an offshoot that would be a bonus, it became the only focus, a pin-sharp beam of light that guided my entire thought process until the model was placed upon the competition table.

So today I try and keep out of that particular spotlight and stick to what I know and then see what I do for what it is: the building of models for a magazine that is there to hopefully enjoy and inspire. I still push myself to create more complex miniatures, but I’ve also learned that in order to do that, there has to be space to tackle far simpler kits, kits that the majority build and enjoy day in day out. I’m also happy to enjoy some that are a little off the wall, the bikes that pass across my desk being a good example of fun projects that don’t break the bank or tax my skills too much. And nor should they; these are supposed to be relaxing, not another route to acceptance from the modelling world. If no one ever saw them that would be fine – they’re not for anyone else.

As I pen this rather cathartic essay, it seems as though I don’t really enjoy what I do for a living, but that’s not the case. I certainly enjoy building models and the reaction that I often get to them, it’s the inner fight that causes the problems! And that’s why I tend to stay away from the ‘day job’ when I get the chance. Though I have some very close friends that build models, day to day I tend to steer clear of social situations during which I can find myself discussing the hobby and the industry. Instead, I spend time with my wife, I watch football, play on the Playstation, play drums – anything that helps clear my brain. I appreciate that I’m odd in that regard, but that’s what happens when you build models every day – doing it during your down-time, is something of a busman’s holiday!

The self doubt may not go away and I may not feel comfortable with the idea of going the shows any more to compete, but the desire to build models is still as strong as ever, even if those grandiose dioramas and conversions are now more likely to be things of the past, rather than plans for the future. Never say never, but for now, in my own little world, I’m happier building kits straight from the box for me, than I am superdetailed hyper- projects, for the adoration of others.

See you next time!

7 comments on “THE CONFIDENCE TRICK”